Please enter your DISQUS subdomain in order to use the 'Disqus Comments (for Joomla)' plugin. If you don't have a DISQUS account, register for one here
May 27, 2013 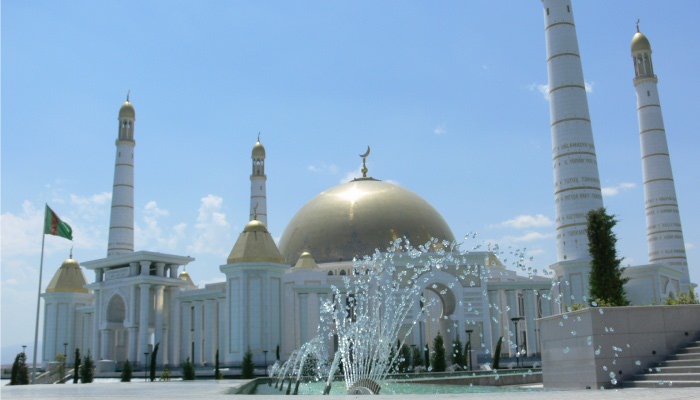 Ashgabat, the capital of energy-rich Turkmenistan, has been recognized by Guinness World Records as having the world's highest density of buildings made from white marble. The city boasts 543 new buildings clad with white marble, covering a total area of 4.5 million square meters. The Guinness website says that if the "marble was laid out flat, there would be one square meter of marble for every 4.87 square meters of land."

Turkmen President Gurbanguly Berdymukhammedov was also honored by the Turkmen parliament on May 25 with the honorary title of "Distinguished Architect of Turkmenistan" for his "titanic efforts put into the political, economic, and cultural development of our beloved Motherland."

Meanwhile, according to a new report by Amnesty International, Turkmen citizens are deprived of basic human rights such as freedom of movement and freedom of the press, while the political opposition is routinely harassed, political freedom is limited, and elections are anything but free and fair.