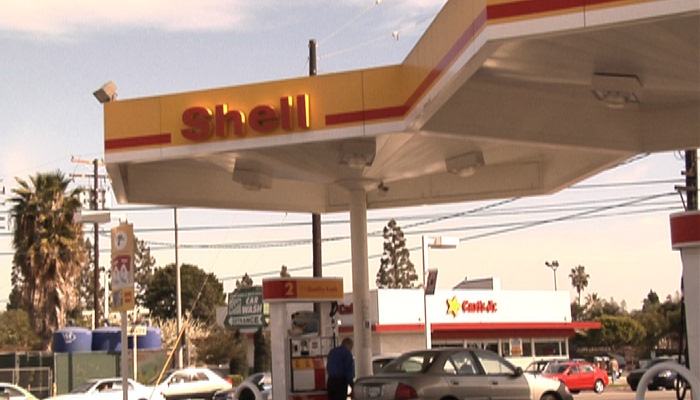 Friends of the Earth groups from around the world are today calling on Shell to clean up its mess in the oil-rich and heavily polluted Niger Delta in Nigeria. The launch of an international petition targeting Shell comes exactly two years after a United Nations report exposed oil-giant Shell's systematic contamination of Ogoniland in Nigeria.

Ogoniland is one of the worst-hit regions in the Niger Delta – oil pollution has devastated the environment and the livelihoods of farmers and fishermen. In the report, the United Nations (UNEP) accused Shell of failing to properly clean up oil leaked from pipelines and other facilities, and of failing to comply with its own internal procedures in the contaminated sites in Ogoniland. Shell endorsed the UNEP report, but has yet to act according to Friends of the Earth.

Darek Urbaniak, extractive industries campaigner for Friends of the Earth Europe said:"Shell should take responsibility for its mess in Nigeria. Shell should start a thorough clean-up programme and follow the recommendations of the United Nations."

Shell, other oil companies, and the Nigerian Government have been advised to set up an Environmental Restoration Fund for Ogoniland with an initial value of USD 1 billion. Other key recommendations by UNEP include an overhaul of restoration techniques the decommissioning of abandoned oil facilities.

Godwin Ojo, executive director for Friends of the Earth Nigeria said: "The Nigerian government and Shell are still promoting cosmetic approaches to the remediation measures recommended by the United Nations."

"These approaches guarantee that Shell does not take responsibility for its mess in Ogoniland. Instead, Shell should immediately begin cleaning up all impacted sites and ensure remediation, restoration and compensation. "

Earlier this year, Friends of the Earth Netherlands, together with four Nigerian farmers, took Shell to court in the Netherlands. The district court in The Hague ruled that Shell was guilty of neglect in the case of Friday Alfred Akpan – one of the four farmers.

The court ordered the oil giant to pay him compensation for the damage caused by oil that was spilled on his land. However, in the case of the other three farmers the court let Shell off the hook. Friends of the Earth Netherlands and the Nigerian farmers have appealed the verdict. A first hearing in the appeal case is expected in early 2014 in The Hague.

Friends of the Earth groups are also urging the Nigerian government to take action and in particular to improve regulatory oversight of Shell and other oil companies.

The European Commission was recently found guilty of maladministration following a complaint by Friends of the Earth Europe in relation to the entries of oil companies Shell and BP in the European Union's lobby register. The lobby register should provide information about who is lobbying the EU institutions, and the amounts invested in these activities.

Natacha Cingotti, corporate and transparency campaigner at Friends of the Earth Europe, said: "Transnational companies, like Shell, continue to promote harmful policies for the climate and environment. Transparency in lobbying is crucial if we are to prevent undue influence over decision-making processes in Brussels."