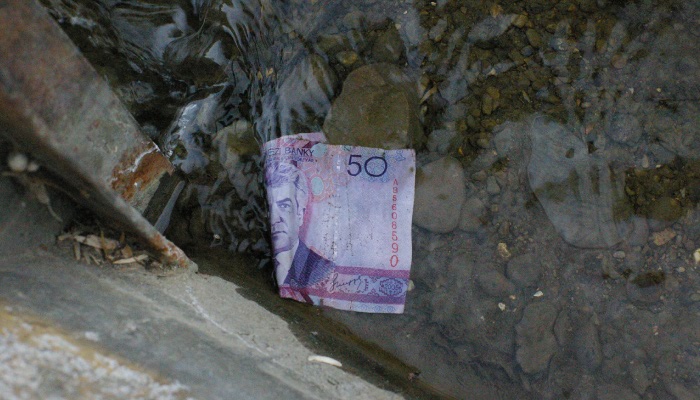 How would you describe the situation in Turkmenistan in the last years? What come to be better, worse?

Global Witness is obviously best placed to judge the situation regarding transparency and corruption. As a US "wikileaks" cable says about Turkmenistan : "Bribery is pervasive throughout Turkmenistan's government, to the extent that the public expects to pay bribes during almost any interaction with the government." Sources suggest that here the situation is getting worse. This may be because Berdymukhamedov has less control over those below him than Niyazov did. With Niyazov, people were held firmly in check through the maintenance of a state of fear. With Berdymukhamedov the fear appears to be less, and so people feel more able to take their own cut and work for their own interests. Because of this, corruption and bribery flourishes- all the way down the chain.

Regarding the management of oil and gas revenues – again, the same as before, if not worse. In essence, the situation hasn't changed – one could argue that as some of the off-budget funds opened during Niyazov's reign were closed and brought onto the budget that this is an improvement. But the fact is the majority of Turkmenistan 's oil and gas revenues still go to the Foreign Exchange Reserve Fund [FERF] which is off-budget. How much money are we talking about? When Global Witness published 'It's a Gas' in 2006, we quoted the EBRD who estimated that Turkmenistan 's foreign reserves 'most of which is known to be accumulated in the FERF' was US$2.6 billion in 2004. But then this was when Turkmenistan was selling gas at a relatively low price. Since then Turkmenistan has increased both the amount of gas it is selling, and its price. Therefore the EBRD's preliminary estimate for 2009 for foreign reserves was US$18.96 billion, a huge increase.

Given the expansion of Turkmenistan 's foreign exchange reserves, and the assumption by observers that much more of these reserves are in the FERF than under the control of the Central Bank, we believe that the FERF could be an even greater untransparent repository of oil and gas wealth than it was under president Niyazov.

How advanced your organization in its investigation of the whereabouts of the so-called "Niyazov`s money" or money from the sale of Turkmen energy resources?

It's a great question. Firstly, banking confidentiality and the general secrecy of that industry meant that we did not have the powers to discover exactly what happened unfortunately. If you remember, Deutsche Bank – which holds the Turkmen state accounts – wrote to Global Witness some years ago to say there they held no personal accounts for Niyazov. But they never answered the question as to whether Niyazov's family members or other high ranking Turkmen officials held accounts there. But if any money was held there by the family, it would be long gone by now.

What we have to focus on currently is the situation regarding the state funds, and who has control over them. Again, there is no evidence to suggest that the situation is any different from when Niyazov was in power – presidential control is maintained over such accounts.

What is the state budget of Turkmenistan now under Berdymukhamedov? Known whether the scheme for this?

Berdymukhamedov has kept up Niyazov's tradition of releasing only the barest of information regarding the state budget. The FERF is separate, and could almost be counted as a state secret. But it is clear that majority of the money isn't reaching the budget: we know that the oil and gas wealth of Turkmenistan is divided into funds that are lodged in the FERF, and others that are changed into local currency and brought into Turkmenistan where they are put into the budget or into a relatively new off-budget fund – the Stabilisation Fund, created by Berdymukhamedov in October 2008. To here, excess hydrocarbons revenues in manat flow.

But the Stabilisation Fund appears to be another financial black hole, like the FERF. Global Witness has no evidence to suggest that the fund has any independent oversight. The EBRD stated in 2010 that "specific investment rules and governing principles for the Turkmen stabilisation fund have not been made public nor the overall amount of foreign exchange earnings channelled through this new stabilisation fund as opposed to other foreign exchange reserve holdings." The IMF says that the use of the Stabilisation Fund resources for extra budgetary projects "should be phased out".

In light of the scarcity of information about this fund, it is difficult to see why the EBRD said that "the creation of a stabilisation fund in October 2008 will lead to a more transparent utilisation of natural resource revenues and the allocation of proceeds for future generations." The opposite appears to be true.

There is an official information that in the current year, Turkmenistan is willing to spend on the construction of various facilities 28 billion U.S. dollars. Do you think the country where such amounts to the construction sites, given the fact that the sale of gas is not the best way?

A lot of money is being spent on building projects – take Avaza for example, perhaps the most ill-conceived plan of them all. Although we don't have our own estimate on how much money is being spent on construction, it is clearly in the billions. There is certainly some money from the sale of oil and gas being put into construction – Turkmenistan will make around $20 billion from hydrocarbon experts in 2013.

But like most things in Turkmenistan, the situation is unclear. Where is the money coming from – from the Stabilisation Fund, the FERF or elsewhere? Which of these projects have been evaluated for their costs? What is the economic rationale for building many of these buildings? Which of the projects feature companies who have won an open and competitive tender? The Turkmen people have a right to know how their money is being used: after all, they are the rightful owners of Turkmen natural resources. But since independence they have had no say whatsoever, and unfortunately this looks like it will continue.