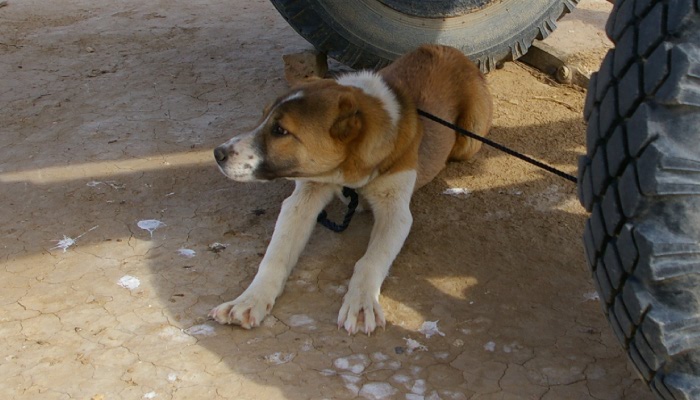 Staring from 1 December public utilities offices in Ashgabat have been instructed to exterminate homeless animals. The municipal authorities demand that each public utilities office exterminate 50 dogs a month in their district. For this, the khyakimlik's office (municipal administration) purchased inexpensive poison, supposedly "isonicotinic acid hydrazide", which had already been handed over to the relevant services.

Ashgabat is divided into 7 etraps (districts), which means that employees of housing departments and public utilities offices are obliged to exterminate 350 dogs a month.

This information was confirmed at the housing administration of the Kopetdag etrap in Ashgabat (by telephone 22-16-12). They also informed that they had been conducting the "cleansing and sanitation campaign" in the city for three days.

At the same time, the executives of public utilities offices fear that they will not be able to find so many dogs. Responsible officers were allowed by the administration to exterminate domestic animals if the latter turn out to be on the streets unaccompanied by their owners. 36 dogs have been poisoned so far. Their bodies are transported to the outskirts of the city where they are burned and buried.

Before, similar "cleansings" were conducted in all major towns in the run-up to holidays or the President's visits to this or that province.

No shelters for homeless animals are operating in Turkmenistan and are scheduled to be opened.

We have previously reported that four military conscripts had been poisoned by sausage intended to kill homeless dogs and subsequently died.