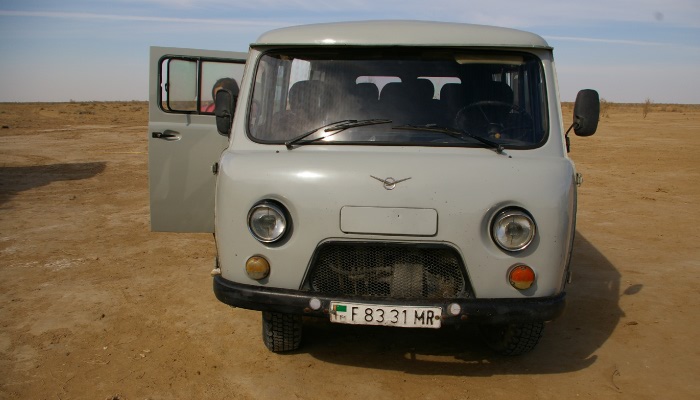 A fixed amount of bribe money to obtain a driving license for category A and B vehicles was introduced in the city of Mary a year ago. It amounts to 2000 manats ($700).

The bribe is taken not by the road inspection staff directly but through a trusted intermediary. Only if an intermediary is convinced that an applicant is an ordinary resident and not a representative of the special services will he take the money and hand it over for its intended purpose. The bribe giver will simply have to appear on a set date at the department of road police and receive his license.

The amount of a bribe for the same type of service in Ashgabat is three times as expensive. This is because the residents of the capital are wealthier than provincial inhabitants.

It is depressing that the country's residents are so accustomed to paying extra for everything that nobody is outraged by illegal money extortions. Bribery has become the norm in Turkmenistan.

Bribes are paid for placing a child in kindergarten, in a "good" school, as well as in secondary vocational or higher educational establishments.

There are quite reasonable explanations behind the inordinately high bribes for admission to Turkmen universities which amount to a minimum of $75000 and higher. Indeed, for that amount one could get a degree in a reputable foreign university. However, children of Turkmen functionaries are banned from studying abroad, otherwise the careers of their parents might be ruined and their children will fail to find employment in their home country. There are many officials in Turkmenistan who have children and needless to say, there is a lot of money. But there are limited vacancies in the higher education establishments – about 15000 vacancies per 100 thousand school graduates. This results in extremely high bribes.

Moreover, the country's residents also have to pay healthcare practitioners, officials, bankers, road inspectors and so on and so forth. We have previously quoted the rates of bribes charged by state-run agencies for various "services".

Throughout the month of September alone the President dismissed a large number of prosecutors and employees of public prosecutor's offices across the country for "taking advantage of their employment status for their own profit". If corruption is so rampant among law enforcement officials, what can be said about the others?

This explains why this year Turkmenistan has been ranked at the top of the list in the Corruption Perceptions Index, designed by the international NGO Transparency International.

However, the problem of corruption cannot be resolved simply by dismissing prosecutors.