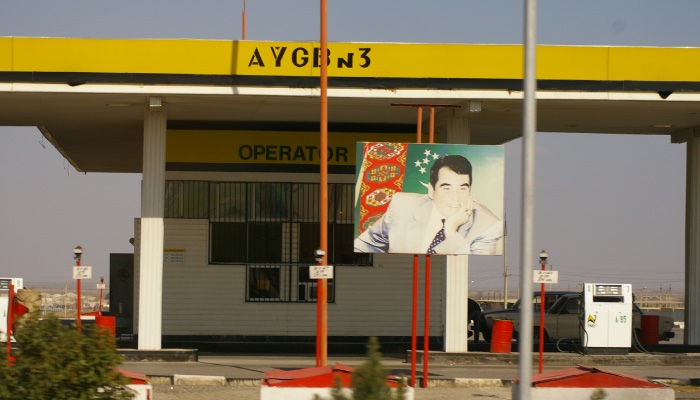 February 11 is referred to as "Black Monday" by Turkmenistan residents.

Earlier that day a short-sighted resolution adopted by the Turkmen government on increasing the price of petrol was announced. This caused the price hike for common consumer goods and services.

Based on available information, two petrol stations were set on fire in the city of Mary as a reaction of the inhabitants to the news. Another petrol station was destroyed in the Takhtabazar etrap. This happened in the middle of February, several days after the new resolution had been enforced.

The price of petrol has skyrocketed ten fold, a rise from 300 manats to 3,000 manats per liter. As a result, the prices have increased 5-6 times or even more including transport fares, prices for food products, manufactured goods and services.

Starting from mid February people prefer to get to work or schools on foot. The fares in the private motor vehicles have gone up to 3 thousand manats. In the city of Turkmenabat as well as in other major cities (excluding the capital) no public transport is available with only private mini buses operating. The drivers increased the fares three times referring to the petrol price hike.

"It has struck hard in the pockets of our family to go to work or school by minibuses. Daily we spend about 20 to 30 thousand manats on transport. Part of the everyday route - either on the way to work or on the way home – we have to go on foot in order to save money", says a resident of Mary Akmurad T.

The bazaar is an indicator of all upheavals in everyday life of the residents. The consequences of the government's decisions have primarily adversely affected the local markets. An increase in cargo carriage prices has triggered an increase in consumer goods prices.

The price increase is still underway. Presently beef costs 70,000 manats whereas in February it could be purchased at 48,000 or 50,000 manats per kilogram in the Ashgabat markets.

People try to save on everything by purchasing the cheapest, i.e. low quality, food and merchandise, and often refrain from using public transport. However, given the minimum salary amounts to 250,000 manats, you can only purchase 3,5 kilograms of meat even if you try to save money. How should survive jobless people who make up a significant proportion of the Turkmenistan population?